Mane is a micro fine cosmetic powder for making fine or thinning hair look thicker. It instantly increases the apparent thickness and density of the hair, so creating a natural finish, dramatically adding texture and volume to any kind of hair. Mane is the original and most effective product of its kind.

Mane must be applied when the hair is clean and dry and should be sprayed through the hair roots. It is not necessary to over spray the hair lengths. After applying your hair will look fuller and give you that extra confidence. Your previous concerns about your thinning hair will disappear.

How often should I wash my hair?

For best results you should shampoo your hair daily to increase the effectiveness of the product and maintain hygiene levels.

Can Mane harm my scalp?

Mane is a non-allergenic product, the ingredients of which have been tested and used in all cosmetic and skin applications such as lipsticks and eye make-up. Mane has been widely used for over thirty years in the entertainment industry and by many thousands of the general public.

How long should a can last?

This will vary from person to person depending on their requirements, but on average six to eight weeks.

Can I use other products with Mane?

Yes. Mane is natural and inert and so you can use any products you like with it. It is recommended by Doctors and is compatible for use with other hair loss medications and with styling products.

I have very fine hair – can Mane help me?

Yes, although you may not have any noticeable hair loss, very fine hair can be substantially thickened with Mane Hair Thickening Spray.

How can I obtain your product?

You can order Mane Hair Thickening Spray on line, by telephone (7 days a week answer phone) or by mail order. Our postal service is efficient and discreet. All orders received before 12 noon on a working day are dispatched around the world from our London office the same day. Orders placed after 12 noon or at a weekend will be dispatched the next working day.

We accept payments with credit cards, cheques and Postal Orders. To pay by cheque or Postal Order please call the office on 0207 580 8858 between 8.30 am and 4pm Mon-Fri.

Please note we do not accept American Express or Diners Club cards.

What if I have an issue with your product?

What does Mane Seal and Control Do?

Mane Seal and Control has been specially formulated to be used after applying the Mane Hair Thickening Spray, to hold and seal the thickener in place to give your hair that fuller, more natural look. It also protects the thickener from rubbing off or running in the wet.

What is Mane Seal and Shine?

Can Mane be used to cover my white growing hair?

Yes. Mane is perfect for covering over white hair or covering roots between colour sessions. Simply follow the normal instructions.

Will Mane run in the wet?

Once Mane Hair Thickener is sealed with Mane Seal and Control, it is water, rain, wind and perspiration resistant. We do recommend however that wet hair be allowed to dry naturally rather than rubbing rigorously with a dry towel.

How do I wash Mane out?

Why do we lose our hair?

Hair has a lifespan of between 2 to 6 years. When hair eventually falls a new hair starts growing after the rest period of a few months. So it is quite normal for the hair to fall out every day. When this happens it does not mean that the hair lived and died, but rather that the hair fibre has done its programmed function and the root will get rid of it to start a new cycle. Hair loss only becomes a problem when the new hair is not produced at the same rate as the lost hair. Because we have so many hairs on our scalp when this loss process starts we do not realise the effect of it until we start seeing the scalp.

Apart from the natural programmed shedding of hair there is also other reasons why hair loss can occur prematurely. One common reason is illness or disease or the treatment to cure these conditions. Then there is also accidental hair loss, which can result from physical damage to scalp through cuts, abrasions and burns. There are also scalp conditions such as infections and fungal or parasite invasion. On top of all this, of course, there is Male Pattern Baldness. There is no cure and it can strike men at almost any age without much warning.

Receding hairlines and hair loss at the crown of men’s hair are caused by the hair follicles at the hairline or on the top of the head being programmed to cease growing. Male-pattern baldness is permanent. Women experience hair loss as they age but less than men and the loss is usually spread diffusely over the scalp. Oestrogen hormones are known to help hair loss and because women have more oestrogen in their bodies than men they seem to be somewhat protected from genetic programming of hair loss. As oestrogen levels start decreasing after menopause hair loss can become a problem in women and is permanent.

How many hairs does an average scalp have and how fast do they grow?

Why do some never lose their hair?

This is genetically determined. As to the reason why some are chosen; no one really knows. All explanations are mere speculations.

Does washing hair too often harm it?

No. If your hair and scalp is healthy it can only do good by keeping dead skin and foreign materials off the scalp and even help dandruff. Washing once every two days is a good measure. But washing every day is quite common.

Does drying hair with a hair dryer do any harm?

Having your settings on your hair dryer too hot can scorch the hair. Be gentle with your hair, remembering that it is dead and the damage you do is permanent until new hair grows.

Does wearing a wig harm the scalp or hair?

It is unlikely if it is worn for short periods. Avoid wigs that are glued to the scalp. They would definitely do some harm in the way of irritation, excessive sweating and holding dead scaly skin entrapped on the scalp.

What about masking lotions?

Masking lotions are a form of shoe polish for scalp, remnants of theatrical make-up. They do not do much to enhance your existing fine hair, but cover up the shine of your bald spot. Little harm if any can result from the use of these, but they are not an effective way to get rid of bald spots or thinning hair.

How safe are hair transplants?

Hair transplants can be expensive.

Is there anything one can do to promote hair growth?

Yes. There are a number of things that can be done to promote a healthier scalp resulting in more hair growth, but this will not stop or reverse hair loss. By looking after your intake of vitamins and minerals and taking care of your scalp one can slow down the balding or thinning process. Protein is necessary for healthy hair growth as keratin which makes up the hair is essentially made up of protein; so diets that avoid protein should not be practised.

In general a healthy, balanced diet with moderate exercise and avoidance of excessive sweat, dirt, chemicals and dandruff should help.

What about perms, curls, straightening, etc?

Any kind of repeated forcing of the hair into sharp angles will cause the hair shaft to break eventually and so lead to potential hair loss.

Is it normal to shed hair every time one brushes?

Yes. This is quite natural and there is no reason to panic unless the hair comes out in chunks. Normal shedding is replaced by new hair.

Is massaging the scalp good for it?

Yes and no. If hair is repeatedly bent during massage it will break and cause premature hair loss; however done in a gentle fashion, massage can promote circulation in the scalp resulting in more blood feeding the hair roots.

Alopecia is simply a medical term that describes hair loss, or baldness, as well as the hair loss disease alopecia areata, which affects both males and females, young or old. Androgenic alopecia or pattern baldness is the most common condition that mostly affects adult males of all ages.

The Types of Alopecia
There are several types of Hair Loss or Baldness (alopecia) in men and women which are listed below:

Pattern baldness (Androgenetic Alopecia): Accounts for over 90% of all pattern hair loss in both men and women. It is the progressive and gradual loss of hair in certain areas of the scalp. Affects men from their early twenties and in some cases earlier, but generally the 40′s are the worst period. After menopause women can also be affected. The hair follicles in certain areas are thought to be affected by the hormone Dihydrotestosterone (DHT). These areas are commonly in the front and the top of the scalp. The rest of the hair follicles on the sides do not seem to be affected at all. Pattern baldness is hereditary, it can be inherited from either parent and is due to atrophy (a decrease in the size of an organ caused by disease or disuse) of hair follicles.

Patchy baldness (alopecia areata): This condition presents itself as patchy areas of the scalp clearly defined. It can happen to both sexes. Large chunks can come off while brushing. The cause is believed to be nervous stress and mostly following infectious diseases such as pneumonia, influenza, typhoid. It can also follow operations and childbirth. Hair will, in most cases grow back, usually white at first, regaining its natural colour gradually. Cortisone injections or pills can help to treat the condition, although new patches continue to occur. Minoxidil (5% Solution) is also used for treatment with some degree of success. Many creams or ointments are available, but these should be looked at with a lot of scepticism. 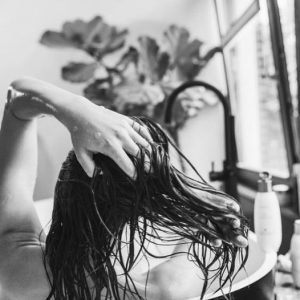 Lockdown 2.0 has forced hairdressers to close and while you may have sorted out overgrown roots, split ends and ill-advised home dye jobs when first 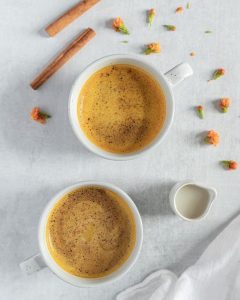 Turmeric is known for its powerful skincare properties and proven health benefits for body and skin. But did you know it can help hair growth 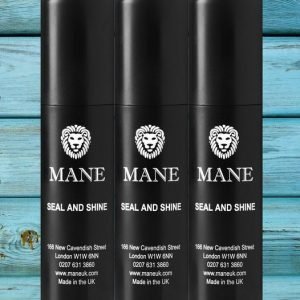 Mane UK Seal & Shine Finishing Spray is a rich blend of specialised ingredients formulated to add shine to your hair for the perfect finish.

Sign up to our newsletter to get all the latest news about any special offers and new products.

to get all the latest news about any special offers and new products.